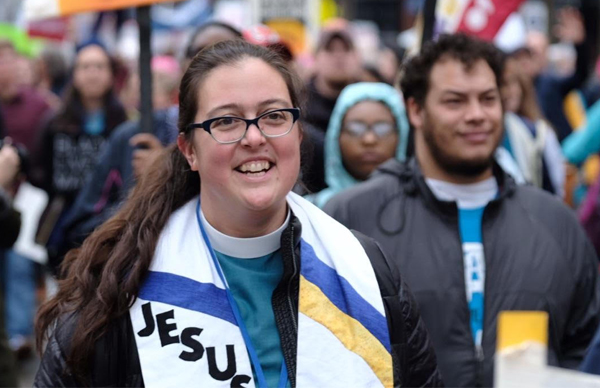 “A New and Unsettling Force: Building the Movement to End Poverty”

Co-Chair of the Poor People’s Campaign: A National Call for Moral Revival and Director of the Kairos Center for Religions, Rights, and Social Justice at Union Theological Seminary

The Poor People’s Campaign: A National Call for Moral Revival builds on the legacy of Dr. Martin Luther King, Jr. and the 1968 Poor People’s Campaign to organize the poor and dispossessed to confront the interlocking evils of systemic racism, poverty, militarism, environmental devastation, and our distorted moral narrative. Over the summer of 2018, the Campaign launched an unprecedented wave of nonviolent civil disobedience across the country. Now, organizers in over forty states are at the beginning of a massive organizing drive of the poor to build power and transformative change.

In this lecture, Rev. Dr. Liz Theoharis, the co-chair of the Poor People’s Campaign alongside Rev. Dr. William J. Barber, will talk about the work of organizing a mass social movement of the poor and dispossessed in the United States.

This event will be livestreamed. More details are forthcoming.